In April 2010 we had hosted Startup Grind for a few months with modest results. 5-10 people would come to the events, but it was an excuse to hangout with other entrepreneurs so we kept at it.

At the time I was building an iPad game that would eventually lose all of the $250,000 an angel investor gave me to build the team and the game. Another email perhaps. :) During that time I had a game designer on the team and I asked him to create a logo for our founder-get-together. After the first draft this is what we had and I accepted it right away.

Then in the summer of 2013 Google partnered with us and we simplified a number of things with the colors to blend in with the new mouthful of new awesome brand associated with the logo.

In early 2015 based of the advice of a great designer that worked on the logo, we changed the red to a lighter less industrial red. I remember vividly the pushback we got on it from long-time fans of the brand. "It looks pink!" I was told. Interesting to see 4 years so many brands have adopted and copied this color palate and look. We also went to a horizontal logo for better viewing on mobile.

Now it's 2018 and we're evolving it again! There are a couple of things that we feel have held the logo back that are worth updating: 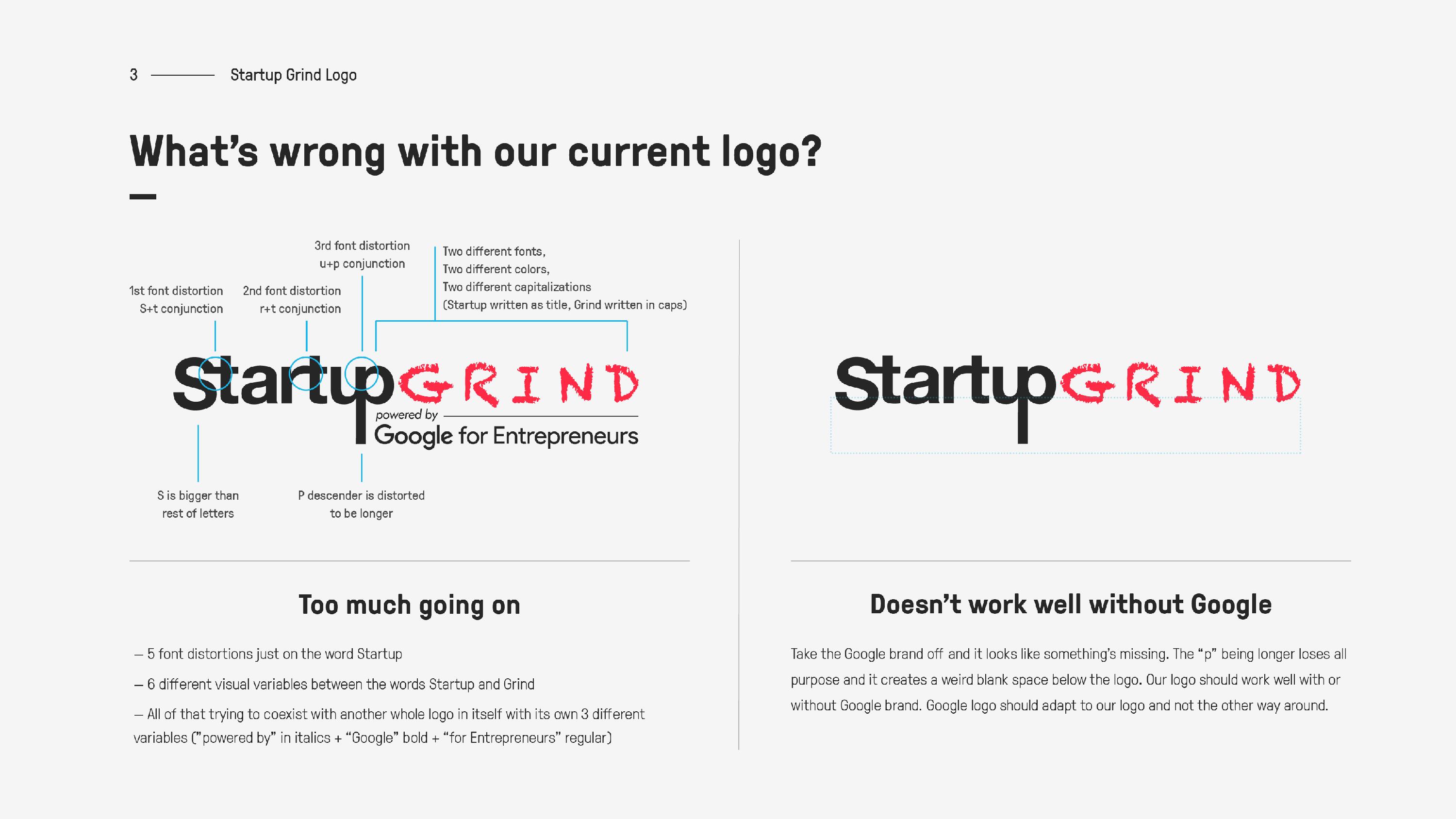 A couple of things to note about the new logo:

No matter how it looks, we'll always be Startup Grind... with the same values and same great community... the best in the world. Thanks for letting me be part of everything great you're doing.